As of NaNoWriMo last year, I’ve become consumed by this new project, the tentatively-named Cabinet of Wonders. Yesterday the word count of draft zero passed 65K. I’m not sure where it will go, but I’m struck at how transformative the writing process is, especially in a work that traverses time. It helps to have serendipitous omens too – such as the opportune chance to visit the Rembrandt and the Dutch Golden Age exhibition at the AGNSW.

Featuring pieces from the Amsterdam Rijksmuseum, the exhibition consists of work from the very same time Cabinet is set in. At distance, historical research begins to feel disconnected from the people and places being investigated.

To tell the truth, I’m reviewing notes from my visit nearly two months later. It’s been a difficult time on all fronts, and yet this project has become fuel, a source of energy where there is little to be found otherwise.

I loathe the intrusive crowds of galleries during blockbuster-type exhibitions. Luckily, I wasn’t there to see the Vermeer (which was breathtaking), or even the eponymous Rembrandts. I wanted to see what the world of the Cabinet characters would have looked like. Fortunately, Dutch Golden Age painters depicted commonplace scenes and imparted details of “ordinary” life the likes of which few other periods in art history capture so completely in their minutiae. There were also unexpected finds, the depiction of the harsh truths and bleakness in spite of the generally-expressed depictions of peaceful and prosperous Dutch life – such as Jan van de Cappelle’s winter scene, showing endurance against bitter cold, rather than a soft, picturesque season. 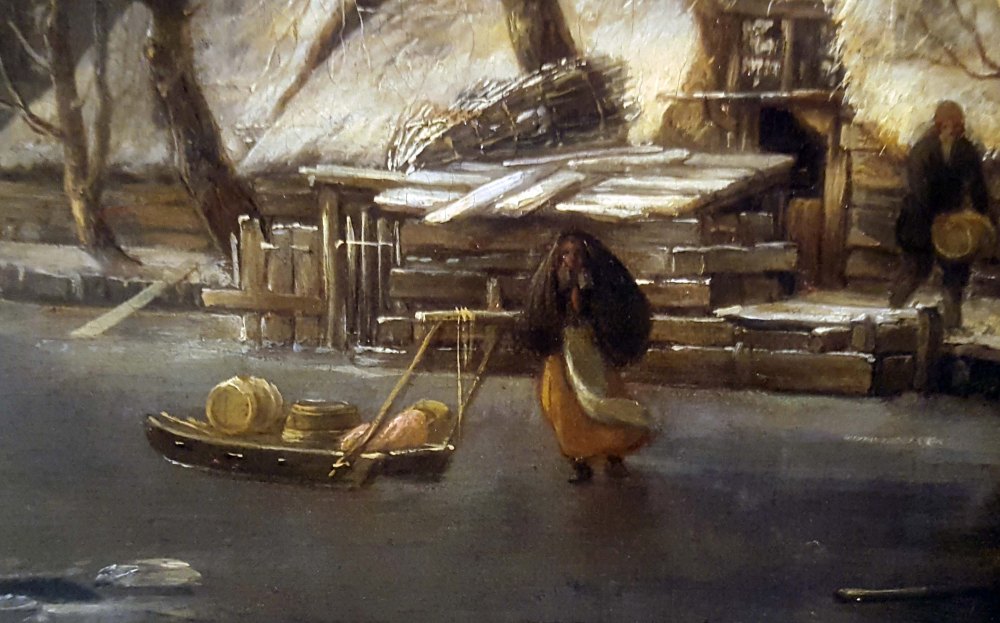 I was also intrigued by a modern installation of material by Sydney-based artist Janet Laurence. In The matter of the masters, the dazzling and incredible array of material used by Golden Age artists is staggering – an insight not only into the media used but the language and terminology employed in their description: orpiment (arsenic sulphide), vivianite (iron phosphate hydrate), dragon’s blood (sap from the dragon’s blood tree)…

For a long time I wondered why the name of a woman in a luminous portrait seemed somehow familiar. A botanical artist, Maria van Oosterwijck, as painted by Wallerant Vaillant. And then I remembered. Apprenticed to the artist Willem van Aelst, there was another young woman who studied under van Aelst.

Her name was Rachel Ruysch.

I saw Rachel’s painting in the second-to-last room of the exhibition. It was an unassuming picture, conservative in scale. A still-life. I might have passed by had I not known its creator. Close up, Ruysch rendered beetles and other insects within the collection of blossoms that should not naturally bloom together. The detail in the veins of an iris are immaculate. A peony is layered in soft hues, tempting touch. 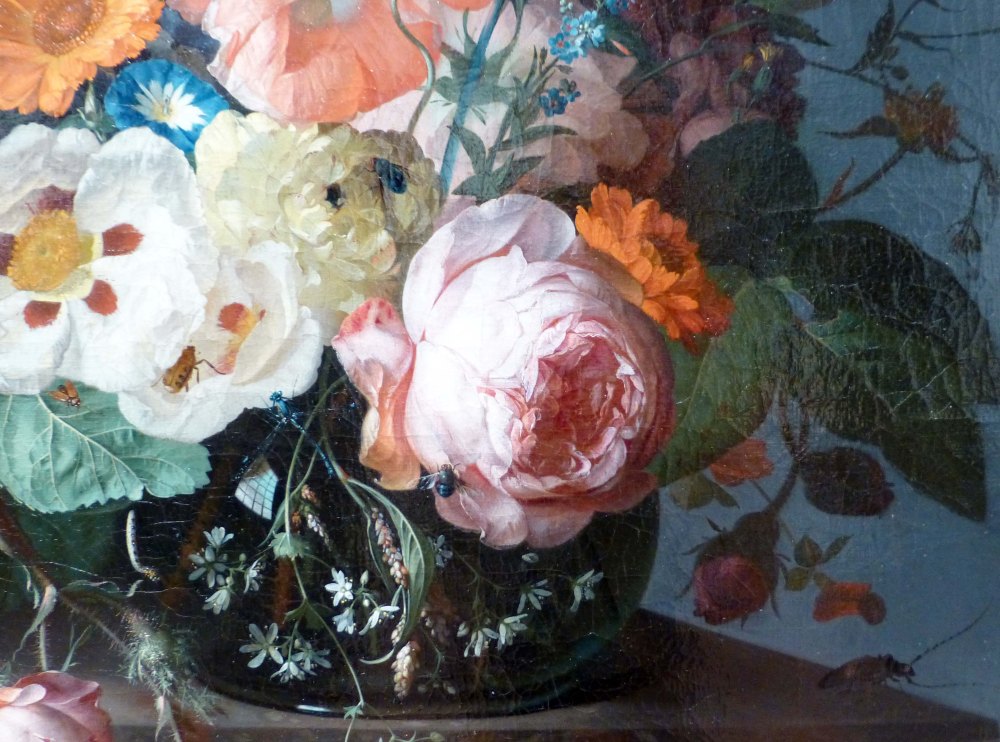 Her signature in the lower left corner is a mark that she was there. The owner of the piece. Still Life with Flowers on a Marble Tabletop, 1716.

Her father was Frederik Ruysch, anatomist and botanist. Together with his daughter, he decorated a collection of thousands of human specimens in jars and skeletal dioramas. And that’s where Cabinet of Wonders begins.